JB Water Well is proud to be BOTH local to the Oklahoma City area and family operated.  We were established in 2001 under the name Carroll Water Well Drilling and Service and span three generations of family.  In case you were wondering, yes, JB Water Well IS licensed, insured and certified.

John is the founder, owner and CEO of JB Water Well.  He is a family man who enjoys the outdoors and traveling with his wife Jennifer and two daughters, Hailey and Johnna.  John has been at the top of the water well industry for over 20 years now.  To John, the customer always comes first.  This has allowed JB Water Well to build great success and longevity.

John is the kind of man that takes pride in doing the right thing when no one is looking because, “that’s the way it should be.”  Customers see this in the level of workmanship that JB Water Well provides.

Curtis joined the JB Water Well team in 2006, after serving 6 years in the United States Navy.  He has 13+ years of experience working in the water well industry.  Curtis grew up in Drumright Oklahoma and now lives with his daughter Josie in Edmond. He enjoys spending time with his family and hunting when not working. 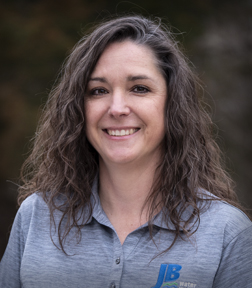 Angela joined JB Water Well in the summer of 2019.  She has over 15 years experience in office management, specializing in bookkeeping.  Angela moved to OK from Texas in 2012, and now is a proud member of the Wellston community.  She is married and has two sons in the Wellston school system. Angela spends the little free time she has helping out with horse and dog rescues.
Mathew, AKA “Gus” joined the JB Water Well team in the beginning of 2014.  He has a wealth of knowledge acquired working in the industry over the last several years. Gus was born and raised in Edmond where he lives with his wife and three kids.  When not at work, Gus likes to spend quality time with his family and enjoys hunting and fishing as much as possible. 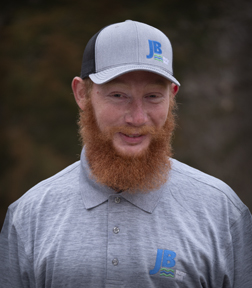 Devin is the newer member of the JB Water Well team joining us in 2019.  He graduated from Wellston High School and stills lives in the Wellston area.  Devin is what most people would consider very shy, but we are working on breaking him out of his shell.  If not working, Devin can commonly be found spending time with his family or fishing.

At JB Water Well, we strive to make each project as worry free and turn-key as possible.  We promise to handle each client with the incredible service they deserve.  It is our honor to serve our customers.